Downtown:  The Heart of Brattleboro – Yesterday, Today and Tomorrow!

Overlooking the Connecticut River, downtown Brattleboro is lined with historic buildings that house galleries, restaurants, shops, breweries, a hotel and even a movie theater!

On opposite ends of Main Street, Plaza Park (right) and Pliny Park both offer a great space to catch up with friends, hear a small concert, share a picnic lunch or just take a break from your busy work day!  At the edge of the north end of downtown you’ll discover the Brattleboro Common, the location for summer concerts, festivals, fairs and weddings.

One visit to downtown and you’ll know why Brattleboro has been named one of the ten best small towns in America!  Click on the Eat & Drink, Shop and Stay tabs on the Chamber website to find out all that downtown Brattleboro has to offer.

Listed on the National Register of Historic Places, downtown Brattleboro showcases approximately 170 years of architectural styles, shapes and ideas.   From the Wells Fountain at the north end to Union Station at the south end, the downtown area includes many well-preserved and visually interesting 19th– and 20th– century buildings.   The sites worth seeing include:

Designed in 1890 by Brattleboro architect William Rutherford Mead (cousin to President Rutherford B. Hayes) the granite fountain features two fierce lion head medallions on the north and south sides of a large basin.  Fun fact! Wells Fountain was built to mark the spot where Mead’s brother Larkin Mead, a nationally known sculptor, created an eight foot Snow Angel on New Year’s Eve 1856. The angel caused such a sensation that Larkin later fashioned a marble replica that is currently on view in Brooks Memorial Library.

Located at the corner of Main Street and High Street, the Brooks House was built in 1871 and designed by the architectural firm of E. Boyden and Son of Worcester, Massachusetts in the provincial Second Empire style. When it was completed, the luxury hotel had 80 rooms which were lavishly furnished. It was added to the National Register of Historic Places in 1980.  Fun fact! Be sure to look up at the famous tower where author Rudyard Kipling was known to play poker.

Constructed in 1915 by the H. Wales Lines Company, the station quickly became one of the busiest train stops in Vermont.  The top two floors are now home to the Brattleboro Museum and Art Center.  Amtrak continues to connect Brattleboro with points north and south. (Why not book your visit today!)

Take a Walking Tour of Downtown: Click here for a link to a map courtesy of the Brattleboro Historical Society and take your own walking tour of historic downtown!  Go Hug a Tree!  After you’ve gotten a sense of Brattleboro’s historic roots, check out our other beloved roots with the Treasured Trees Walk that starts right in downtown Brattleboro!

Into the Future: The Brattleboro Main Street Clock Keeps on Ticking!

In 1908 Vaughan & Burnett jewelers commissioned Brattleboro’s Main Street clock and placed it in front of their store at what is now 141 Main Street. In 1972, the clock was toppled by heavy wind and severely damaged, but thanks to a local resident’s efforts the cracked case and broken dial were restored.  Fun fact! The fully-functioning clock stands today where it always has, but the former Vaughan & Burnett is now home to Renaissance Fine Antiques.

For more information about Brattleboro and downtown visit: 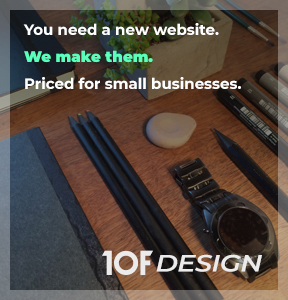 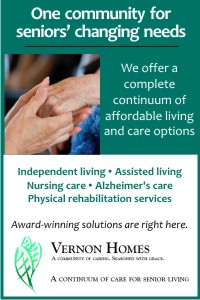 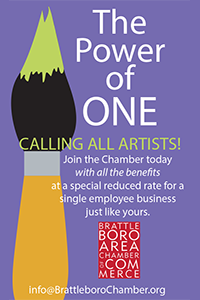