Here’s a primer on what you should know about us. 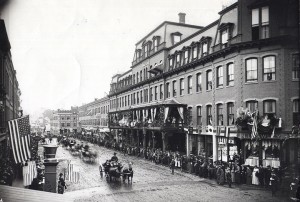 … and Takes on an Identity in Health and Good Living

The Mills Were Alive – Plus!

With Trade Came the Rails

For more information about Brattleboro visit the Brattleboro Historical Society at www.brattleborohistoricalsociety.org